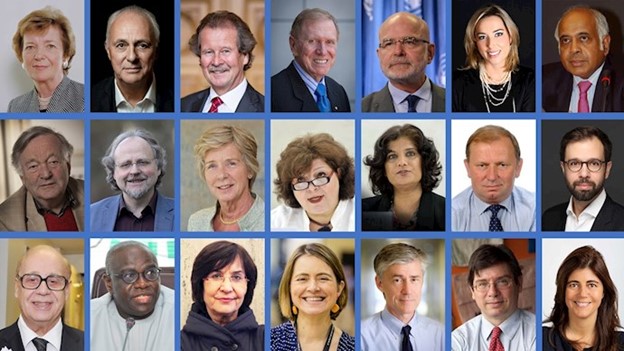 Dozens of human rights experts, including former United Nations officials, in a Tuesday letter called on the UN to open an inquiry into a series of killings of Iranian political dissidents by Iran’s government in 1988.

An open letter signed by more than 150 international legal and human rights experts, including former UN High Commissioner Mary Robinson and former deputy UN Secretary-General Mark Malloch-Brown, urges the “establishment of an international investigation” looking into the killings of followers of the People’s Mujahedin of Iran which occurred throughout 1988 on an order from Iran’s then-supreme leader.

“There is a systemic impunity enjoyed by those who ordered and carried out the extrajudicial executions,” they said, adding: “Many of the officials involved continue to hold positions of power including in key judicial, prosecutorial and government bodies.”

Among those named in the letter as involved in the killings, which numbered in the thousands, include Iran’s current justice minister, Seyyed Alireza Avaei. Iranian officials have defended the executions as recently as 2016, referring to the dissidents as “terrorists.”

While the initial killings targeted members of the People’s Mujahedin of Iran, a left-leaning group that advocates for the overthrow of Iran’s government, members of other left-wing groups were also targeted.

“We appeal to the UN Human Rights Council to end the culture of impunity that exists in Iran by establishing a Commission of Inquiry into the 1988 mass extrajudicial executions and forced disappearances. We urge High Commissioner Michelle Bachelet to support the establishment of such a Commission,” read the letter, which was provided to The Hill by Justice for the Victims of the 1988 Massacre in Iran.

Altogether, 45 of the signatories formerly held positions at the UN. Other notable former government officials on the letter include former Rep. Patrick Kennedy (D-R.I.) and former Canadian Prime Minister Kim Campbell, whose country declared the 1988 killings a “crime against humanity” in 2013.