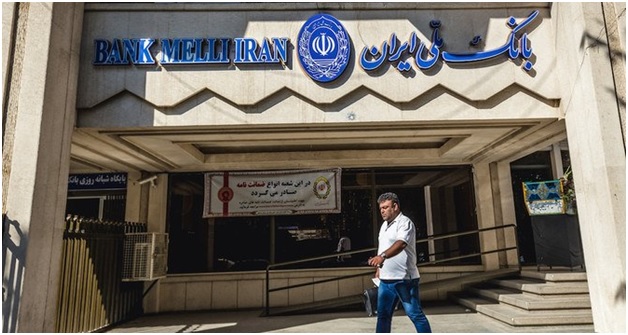 Bahrain’s prosecution on Thursday submitted a case involving several people accused of money laundering for Iran and violating sanctions on Tehran through the Manama-based Future Bank.

Attorney General Ali bin Fadhel al-Buainain said: “Bahrain’s Public Prosecution Office has sent over to the court the cases of the people suspected of laundering enormous sums of money for Iran through one of the largest Bahraini banks, Future Bank, to finance terrorist activities.”

He added: “The central bank conducted an investigation with the bank’s employees and checked tens of thousands of documents with the participation of the interior ministry and independent international experts.”

Future Bank, which was based in Bahrain but set up and controlled by Iran’s Bank Saderat and Bank Melli, was shut down by Bahraini authorities in 2017.

Further investigations found the bank to have executed thousands of international financial transactions worth USD7 billion while concealing the involvement of Iranian entities.

Staff deliberately removed information when transferring money via the SWIFT network – an illicit practice referred to as “wire stripping”. Another technique involved a covert messaging service as an alternative to SWIFT, which concealed transactions from Bahraini regulators.

Rasheed al-Maraj, the CBB governor, said the complexity and magnitude of the investigations were compounded by the need to disentangle the subterfuge of Iranian-backed financing of terrorism.

“Bahrain is committed to full implementation of international standards in combating money laundering and the financing of terrorism,” he said. “Investigating and prosecuting violations is an essential part of protecting the integrity of the international financial system.”

Bahraini authorities suspended activities of the bank in 2012 due to UN sanctions on Iran. Manama has been accusing the bank of being a terrorism financing channel since Feb. 14, 2011.