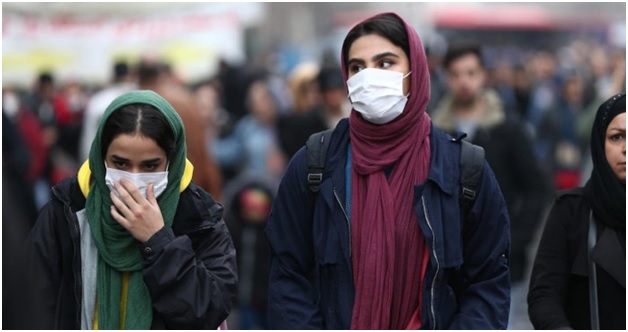 The coronavirus has shattered any hope of the Iranian economy clawing out from under two years of deep recession. To the ruling regime’s chagrin, the virus has begun to adversely affect precisely those sectors that seemed poised for growth after weathering the return of US sanctions.

According to the International Monetary Fund, the Iranian economy contracted 4.8 percent in 2018 and 9.5 percent in 2019. The closest thing to good news was that both the IMF and the World Bank forecasted zero growth in 2020. That would be abysmal for most economies, but the Islamist regime in Tehran considered it a ray of light. No more.

By sacrificing public health to politics, the clerical regime turned Iran into a coronavirus bomb exploding across the Middle East. When the epidemic broke out, Tehran failed to cut, limit or even supervise contacts with China. As always, ordinary Iranians have been the main victim of the Islamist regime’s incompetence and psychopathic indifference toward its own citizens.

Beginning in late January, social media reported cases of the virus in Iran, especially in the holy city of Qom. Rather than taking action, the regime issued denials and accused the individuals who reported the problem of “spreading rumors.” The result one month later is an official death toll of 77, likely massively understated, while the country’s deputy health minister admitted to testing positive for coronavirus the day after a news conference at which he sweatily insisted the situation was under control.

The outbreak will hit Iran’s economy in three ways. The first is diminishing trade with China; the second, a decline in trade with regional neighbors; and third, a reduction in economic activities within Iran. The result will be another year of recession. The magnitude of these effects will depend on how long the outbreak lasts in China, the Middle East and Iran.

China is Iran’s top trade partner. In 2019, bilateral trade was $23 billion, already down from $35 billion in 2018, but still enough to keep China as Iran’s No. 1 partner. Trade data show Iran’s non-oil exports to China comprise 23 percent of its total non-oil exports. China is also the only paying customer for Iranian oil. In 2019, it purchased $7 billion of crude from the Islamic Republic and was also the top customer for Iranian petrochemical products.

As the Chinese economy slows down, so will Chinese demand for Iranian goods. A prolonged disruption of trade will also hit Iran hard because 25 percent of Iran’s imports, including key inputs for manufacturing and service industry, comes from the Middle Kingdom.

Then there’s the gloomy regional picture. Due to sanctions, Iran adjusted its trade strategy to focus more on regional partners to replace the European and East Asian countries that restricted economic ties. More than half of Iran’s non-oil exports now go to Iraq, Turkey, the United Arab Emirates and Afghanistan. The spread of coronavirus will disrupt this trade. As the epidemic grows inside Iran, foreign restrictions are likely to tighten, which will disrupt much of Iran’s non-oil trade and tourism.

Finally, the virus will hit domestic markets once the regime recognizes it has to quarantine some cities and temporarily shut down non-essential businesses. Many workers may decide to stay home for an extended period due to fear of infection. This will compound the Chinese and regional headaches. Both the speed of production and services will go down, which will no doubt depress gross domestic product.

Saeed Ghasseminejad is senior Iran and financial economics adviser at the Foundation for Defense of Democracies. Twitter: @SGhasseminejad