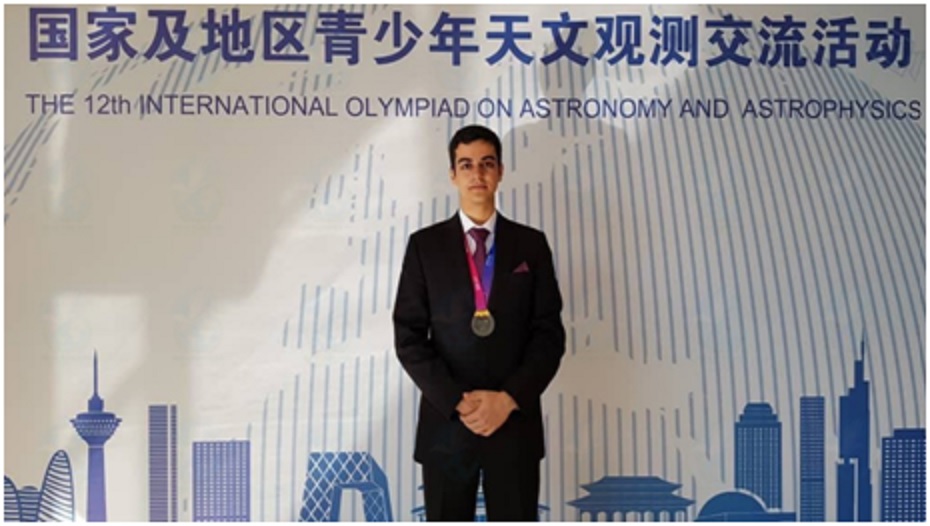 Iranian university student Ali Younesi has been arbitrarily detained since 10 April 2020. His family believes he is being held in Tehran’s Evin prison, where he has been denied access to a lawyer and permitted only two brief telephone calls to his family. The Iranian authorities have not provided clear reasons for his arrest. He is a prisoner of conscience targeted solely for his family ties and is at risk of torture or other ill-treatment.

Iranian university student Ali Younesi has been arbitrarily detained since 10 April 2020. His family believes he is being held in Tehran’s Evin prison, where he has been denied access to a lawyer and permitted only two brief telephone calls to his family. The Iranian authorities have not provided clear reasons for his arrest. He is a prisoner of conscience targeted solely for his family ties and is at risk of torture or other ill-treatment.

TAKE ACTION: WRITE AN APPEAL IN YOUR OWN WORDS OR USE THIS MODEL LETTER

University student Ali Younesi, aged 20, has been arbitrarily detained since his arrest on 10 April 2020, and the
Iranian authorities have not provided clear information about the reason for his arrest. Instead, they have publicly accused him, and another university student arrested the same day of ties to “counterrevolutionary” groups and alleged “explosive devices” had been found in their homes, violating their right to be presumed innocent and raising serious concerns about their wellbeing. They are at risk of torture or other ill-treatment.

On the evening of 10 April, Ali Younesi, who had been at university that day, was taken handcuffed to his home in Tehran by 12 plainclothes security agents. His forehead was split open with a gash and he had blood all over his face and wounds on his body, raising concerns that security agents had tortured him. Security agents searched his family home and took Ali Younesi’s parents away to an undisclosed location for interrogations for several hours before releasing them. The security officials did not identify themselves and showed neither an arrest nor search warrant.

Since his arrest, Ali Younesi has been permitted two brief telephone calls with his family and has been denied access to a lawyer. His family was informed by a prosecutor that he has been charged with “undertaking destruction” without providing further information. Then, on 5 May 2020, during his weekly press conference, Iran’s judiciary spokesperson Gholamhossein Esmaili, in apparent reference to Ali Younesi and the other arrested university student, stated that two university students had been arrested for being in contact with “counterrevolutionary” groups.

He used a pejorative term to refer to one such group – People’s Mojahedin Organization of Iran (PMOI), an opposition group based outside of Iran – apparently based on their families’ past or current association with the PMOI, and failed to provide any evidence for the judiciary’s accusations. In a public video response posted on social media later the same day, Ali Younesi’s sister, Aida Younesi, stated that the judiciary’s accusations were “ridiculous”.

I call on you to release immediately and unconditionally Ali Younesi and anyone else arbitrarily detained solely based on their families’ real or perceived ties to opposition groups. Pending this, I ask you to ensure that they are protected from torture and other ill-treatment, provided urgently with any medical care they may require, and given access to their families and a lawyer of their choosing. I also urge you to open an independent investigation into allegations that Ali Younesi had been tortured on the day of his arrest with a view of bringing those responsible to justice in proceedings meeting international standards for fair trial.

In response to statements by Iran’s judiciary spokesperson that two university students – in apparent reference to Ali Younesi and Amir Hossein Moradi, the other university student arrested – had been in possession of “explosive devices” in their homes and were affiliated with “counterrevolutionary” groups, Aida Younesi, Ali Younesi’s sister publicly stated on 5 May 2020 that “after 26 days of detention where it is not even clear what disaster you have inflicted on my brother [Ali], you come and make these ridiculous charges”. In response to the spokesperson’s allegation that “explosive devices” were found in the homes of the university students,

Aida Younesi also added that security officials told them that that they had found nothing suspicious after searching Ali Younesi’s home. Moreover, in the days following Ali Younesi’s arrest, his family was told every few days he would be soon released. The judiciary spokesperson had also, without further elaboration, attempted to connect these arrests to the COVID-19 pandemic by saying “in this corona[virus] situation, it was the enemy’s conspiracy that wanted to create chaos in the country”.

The Iranian authorities have a history of targeting family members of those who have real or perceived ties with the PMOI. Following the post-June 2009 election unrest in Iran, the authorities arrested, amongst many others, individuals who had relatives with a past or current association with opposition groups, including the PMOI. See from Protest to Prison, for more information. Those arrested in 2009 include prisoner of conscience Maryam Akbari Monfared, who is serving a 15-year prison sentence following the arbitrary interference with her privacy, family and correspondence in relation to having made phone calls to and visiting once family members who were members of the PMOI (Click here for more information).

Since the outbreak of coronavirus (COVID-19) in Iran became publicly known in February 2020, many have been raising concerns for the wellbeing of those jailed and calling for the release of prisoners of conscience and those held on politically motivated charges. Prisoners’ families have repeatedly voiced their fears that the lack of sanitary products and poor prison conditions put prisoners at greater risk. Iran’s judiciary made a number of announcements about how it intends to prevent the spread of COVID-19 in prisons, including releasing prisoners temporarily and upon payment of bail and to grant pardons to certain types of prisoners.

However, hundreds of prisoners of conscience remain jailed and the authorities continue to arrest people for politically motivated reasons.