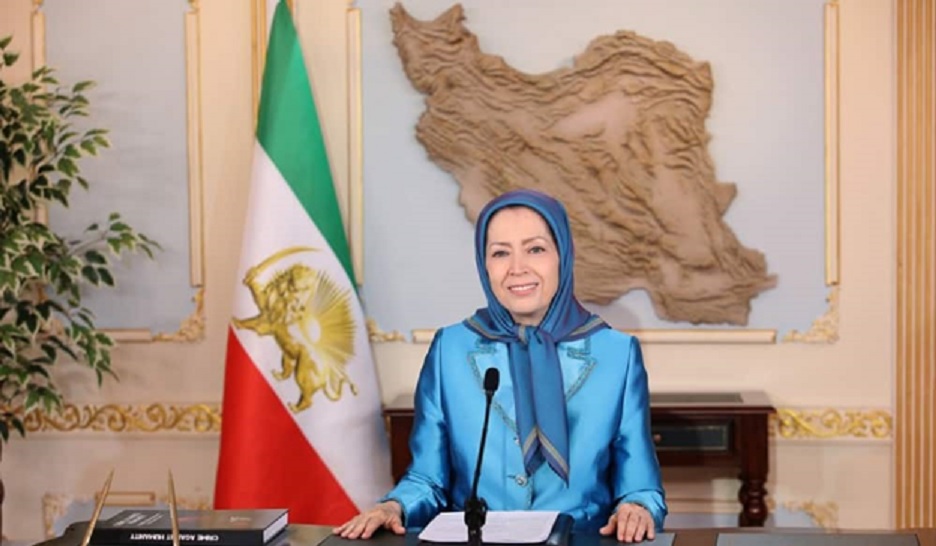 Brave Iranian women, supported by a generation of young men, educated and knowing their inalienable rights, have openly and ferociously rejected the brutal religious dictatorship of Ali Khamenei and all his loyalists and apologists, in pursuit of justice and equal rights.

They are organized, inspired, self-sacrificing and ready to bring about fundamental change: the regime’s downfall and the establishment of democratic rule that will ensure their life, liberty and prosperity.

Their courageous stand on the streets of almost every city and town in Iran has been met by the welcome support of all of society and the awe and respect of the free world.

Twenty-two-year-old Mahsa Amini’s tragic death in the custody of Tehran’s morality police triggered an explosion of grievances over injustices our people have suffered for more than four decades. The world is witnessing the fruition of a democratic revolution that Ruhollah Khomeini denied 43 years ago when, under a pretense of Islam, he imposed a theocratic dictatorship on the Iranian people.

Iranians, especially women, are ending a monstrous religious fascist experiment that defiled Islam as well as Iran’s culture and civilization by committing the most egregious and inhumane crimes in modern times. 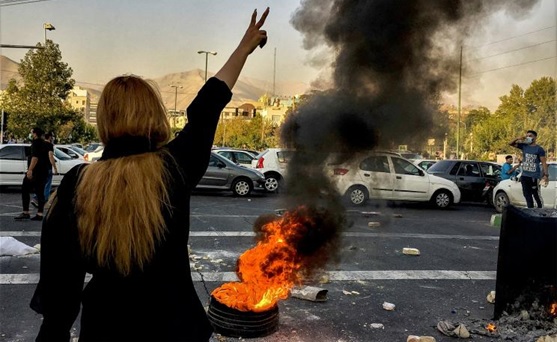 Women have been the main target of the regime’s oppression and discrimination — and thus possess the greatest potential to confront the regime. They have also learned by experience that their rights cannot be realized as long as this regime reigns. They are, therefore, the force for change and rebirth of our nation.

In the first months after the revolution, the mullahs’ regime sought to impose compulsory veiling with its own slogan: “Either the veil or a hit on the head.” Mujahedin-e Khalq women who wore the veil were on the front lines of the women’s huge protest in March 1979. I was there.

In 1981, when our people revolted against religious fascism, they were met with brute force. Many high-school and university students were summarily executed the day after a half-million-strong peaceful demonstration in Tehran, without regard to judicial norms or proper identification. Mass executions intensified in subsequent weeks and months, at times with hundreds executed every night.

Four decades of horrors and massacres, injustices and cruelties have ensued.

Today, the Iranian people have not risen to reform an irreformable and illegitimate regime but rather to end it. They rose in peaceful protest but were met with bullets, torture and executions. In an uneven conflict with heavily armed forces of suppression, they are rightfully resisting with what they have, with rocks, their honor, blood, sweat and tears.

The free world must support the democratic revolution for which my empty-handed compatriots are laying down their lives. When inalienable and God-given rights cannot be secured through peaceful means in the face of a brutal dictatorship lacking any legitimacy, it is incumbent upon women and men of honor to secure them through organized, responsible and self-sacrificing struggle by any means within the bounds of internationally recognized covenants — such as the Universal Declaration of Human Rights that recognizes the right “to have recourse as a last resort, to rebellion against tyranny and oppression.”

The United States Declaration of Independence, too, holds that “it is the Right of the People to alter or to abolish” a government that is destructive to its citizens’ life, liberty and pursuit of happiness.

Faced with ruthless violence from well-armed security forces exhorted to show no mercy and a regime that seeks no less than their wholesale massacre to continue its control and enslavement of the citizenry, there is only one recourse of last resort. As Americans know, freedom does not come free.

The Iranian resistance will continue until the religious dictatorship’s downfall and the establishment of a free, secular, democratic and non-nuclear Iran, in peace and good mutual relations with the world.

Women are at the center of this resistance, and their role in the political leadership as well as economic, cultural and intellectual life will be guaranteed by their struggle. Above and beyond their absolute right to decide what they wear and how to live, they are at the forefront of change.

The Iranian people should not be alone at such a defining moment. It is time for the West to shun the appeasement of the theocracy and support the democratic revolution by recognizing the resistance’s right to defend itself against the brutality of the regime by any means possible.

We’ve always welcomed the support and participation of all Iranians in overthrowing this regime, rejecting dictatorships of the past and establishing a free Iran through popular sovereignty and the ballot box. The path to reclaim our rights and rebuild our future has been charted, and thanks in great part to the country’s women, a free Iran will soon join the free world.

Maryam Rajavi is the President-elect of the National Council of Resistance of Iran.