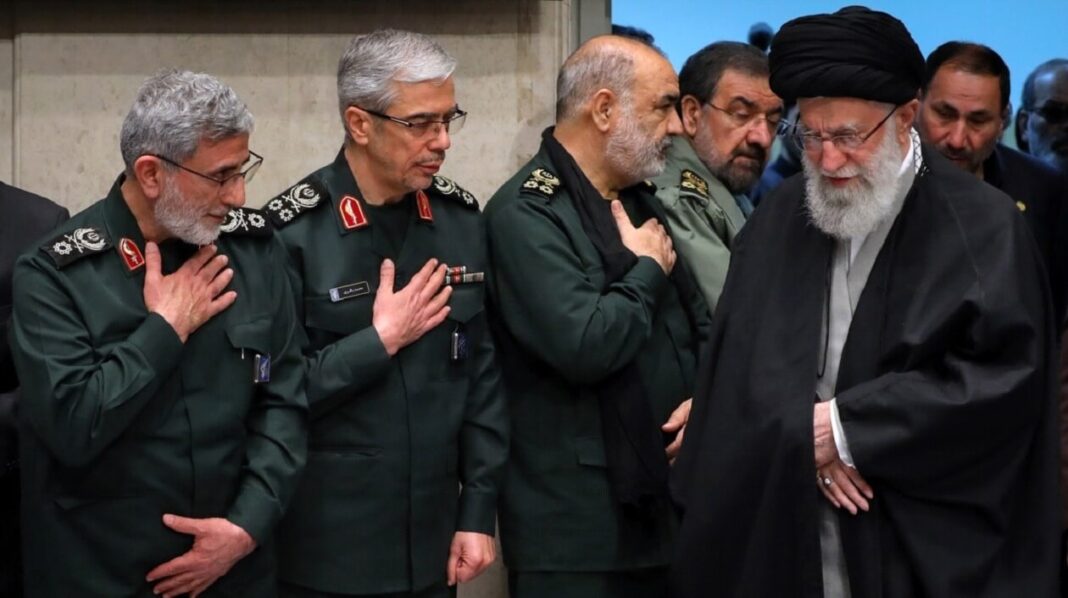 Human rights seem nonexistent in today’s world. That’s because the world’s democracies are not fighting for it.
While the world’s dictatorships always seem to have each other’s backs, the world’s democracies are failing to do the same when it comes to standing up for their own core values such as human rights and the rule of law. Too often we forgo our moral, and at times legal, responsibilities for the sake of pragmatism, and sometimes out of sheer greed for petrodollars.
Take our relationship with Iran, for example.

This summer, ultra-hardline cleric Ebrahim Raisi took office as President. He is listed by major human rights groups as a key perpetrator of the massacre of thousands of political prisoners in 1988.
At the time, Raisi was Tehran Deputy Prosecutor, when he was tasked by Supreme Leader Ayatollah Khomeini with serving on a Death Commission that sent prisoners to the gallows after mock trials that lasted just minutes.

In a decree, Khomeini ordered the elimination of all political prisoners affiliated to the main opposition People’s Mujahedin (PMOI or MEK) who remained committed to the group, which was declared to be ‘Mohareb’, or waging war against God. Raisi and other Death Commission members were tasked with determining which prisoners were still resolute.
Survivors of the 1988 massacre put the number of victims at above 30,000. They were buried in mass graves in what amounted to crimes against humanity and, according to some legal experts, genocide.

The perpetrators have never been held accountable. To the contrary, many have been promoted to senior posts.
Before becoming President, Raisi was Iran’s Judiciary Chief. Under his reign, the judiciary and security forces launched a brutal crackdown on peaceful protesters in November 2019, killing an estimated 1500 anti-government demonstrators and dissidents and detaining and torturing thousands more with total impunity.

The international community is partly to blame for the rise of such impunity. In September 2020, seven UN Special Rapporteurs announced that the failure of UN bodies to act over the 1988 massacre had “emboldened” the Iranian authorities to commit further human rights abuses.

In an attempt to challenge this impunity, some 152 former UN officials and renowned international human rights and legal experts in May 2021 wrote to the UN High Commissioner for Human Rights, calling for a Commission of Inquiry into the 1988 massacre.

Signatories included a former UN High Commissioner for Human Rights, a former UN Deputy Secretary-General, 28 former UN Special Rapporteurs on human rights, and the chairs of previous UN Commissions of Inquiry into human rights abuses in Eritrea and North Korea. Distinguished legal professionals who signed the appeal included the former Chief Prosecutor of the UN International Criminal Tribunals for the former Yugoslavia and Rwanda, a former Special Prosecutor at the Special Tribunal for Lebanon, and the first President of the UN Special Court for Sierra Leone.

Meanwhile, Amnesty International in a statement on June 19 reiterated that Raisi had a key role in the 1988 massacre and should be “investigated for his involvement in past and ongoing crimes under international law, including by states that exercise universal jurisdiction.”

On June 29, 2021, the UN Special Rapporteur on the Situation of Human Rights in Iran, Javaid Rehman, added his voice to the fray, calling for an independent inquiry into the 1988 state-ordered executions and the role played by Raisi as Tehran deputy prosecutor. Rehman said his office was ready to share gathered testimonies and evidence if the UN Human Rights Council or another body sets up an impartial investigation.

More recently, on August 4, the UN Working Group on Enforced Disappearances in a report to the Human Rights Council called for an “international investigation” into the 1988 massacre.
The onus is now on the world’s leading democracies, including the EU and US, to challenge the impunity enjoyed by Iranian officials.

That shameful retraction was music to the mullahs’ ears. It sends a signal to Iran, and to the wider world, that for all its talk of human rights, the EU is prepared to look the other way when regimes murder their own citizens.
It’s time for Europe to end ‘business as usual’ with the regime of mass murderers running Iran.

Instead, the European External Action Service (EEAS) should use its Magnitsky Act powers to impose stringent sanctions against perpetrators of the 1988 massacre in Iran. Slovenia shouldn’t be the sole EU voice supporting the UN experts’ call for accountability. It’s time for the other 26 members of the European Union to seek a UN Commission of Inquiry into the 1988 extrajudicial executions and enforced disappearances (In Iran). The EU must finally show it’s prepared to fight for human rights.

Trafficking In Iran; A Major Concern

Human Rights IACNORCAL - September 12, 2021 0
‘I chose beatings over solitary confinement’ this is what it was like to be locked up in prison in Tehran Yahoo News     |    ...
News