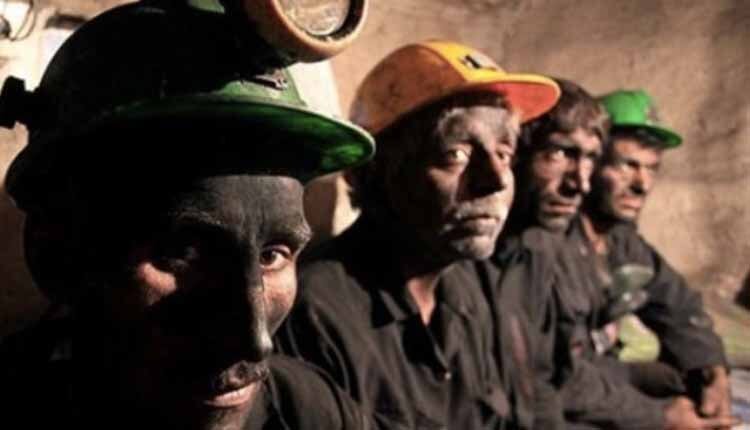 May Day is the day to defend justice, equality and human rights for workers on whose toil and efforts, the society’s welfare and happiness depend.

In Iran, however, the grim working conditions of workers do not comply with any international norms or standards, let alone the more advanced ILO conventions and protocols. Workers’ rights are systematically violated.

With the deteriorating economic situation in Iran, they have borne the brunt of all pressures in recent months.

Workers’ wages and monthly salaries are not paid for months and even over a year.

According to the assistant head of the East Azerbaijan Coordination Center for Islamic Labor Councils, the meager wages of workers only meets 28% of their basic needs (i.e. shelter, food, and clothing).

They have to get loans and pay interest, sell their organs and sometimes set themselves alight out of despair.

Iranian workers are becoming poorer with each passing day and “80 percent of the workers are living beyond the death line,” according to Faramarz Tofighi, one regime official.

Meaning workers have dropped even below the absolute poverty line and are literally deprived of life’s daily necessities. Many are barely making ends meet and desperate to procure their daily food. All the while, prices for daily goods are on the rise.

In such conditions, many daily workers and those on part-time contracts are enduring even more hardships. At the end of the day, a total of 13 million labor families are living under the absolute poverty line.

In November 2018, an economic expert close to Iran, Davoud Mirzaie, said that as the country’s currency, Rial, continues to plummet, Iran’s workers have lost 80 percent of their purchasing power. In an interview with the state-run ISNA news agency, Mirzaie continued. “The 19.5 percent wage increase has not shown itself in the workers’ lives, meaning the value of their wages in March 2018 is far below its value in March 2016. In other words, the workers’ purchasing power has decreased between 50 to 80 percent. This is causing numerous problems for the families of the country’s workers.” He added, “Such conditions have left the workers unable to provide for their basic needs. Therefore, labor unions have time and again called on the Ministry of Labor to see into this issue. Unfortunately, this has remained unresolved.”

At the same time, absence of supportive laws for workers has made the condition of workers more difficult.

“The laws do not protect the working class and the government refuses to take responsibility and has abandoned us”, a labor activist who spoke to the ILNA state-run news agency said.

“Policies such as privatization have destroyed our lives,” Abdollah Vatankhah added.

The labor activist said that the government was gradually removing all its support policies from the working class adding that they were “plundering public property under the name of privatization.”

“Workers have been abandoned. Such actions will cause workers to cry out and protest,” Vatankhah warned.

“This is why you can hear the cries of workers in Haft Tappeh, HEPCO and the Ahwaz Steel company. By removing its support, the government has made life harder for workers whereas an investor has no problem in terms of providing medicine and can provide drugs from the heart of foreign countries if he needs to,” the labor activist said. Most notably, Iran’s health insurance companies, which are supposed to aid low-income groups, refuse to take responsibility.

There are about 11 million insured workers in Iran who face serious health issues but are victims of this mismanagement.

Recently, the High Insurance Council excluded foreign chemotherapy drugs from Iran’s health insurance which has made working class families extremely worried. They argue that such regulations which are supposed to boost domestic production, endanger the lives of many workers and their families who live below the poverty line.

Iranian workers oppose the government, over inflation, unpaid wages and failed promises, only to be responded by the Iranian regime’s repression.

Iranian workers staged over 1,865 protests in 2018, expressing frustration with economic hardship and corruption.

Though the authorities have been especially quick to crack down on demonstrations, with dozens of labor activists and trade unionists being persecuted to for their peaceful activities.

Prominent labor activists, including the Secretary of the Board of the Free Workers Trade Union, Jafar Azimzadeh, the spokesman of the Haft Tapeh Sugar plant workers trade union, Esmaeil Bakhshi, well as the teachers’ rights defenders, Esmaeil Abdi, Mahmoud Beheshti Langarudi, Mohammad Habibi, Rouhollah Mardani, and Abdul Reza Qanbari are currently behind bars. They are all accused of various “security crimes,” but labor rights activists say they were jailed for their participation in teachers’ union activities. Habibi has been sentenced to lashes, too.

This is not the first time that workers or labor trade unionists have been sentenced to flogging for practicing their right to assembly.

ILNA state-run News Agency reported on October 28 that a preliminary ruling by the 106th Branch of the Arak Penal Court sentenced 15 HEPCO workers to one to two years of prison and 74 lashes for “disrupting public order” and “instigating workers via the internet to demonstrate and riot.”

The workers had protested their unpaid wages and the uncertain fate of the company in May.

Iran’s labor law does not recognize the right to create labor unions independent of government-sanctioned groups such as the Islamic Labor Council. Since 2005, authorities have repeatedly harassed, summoned, arrested, convicted, and sentenced workers affiliated with independent trade unions.

According to Amnesty International, “independent unions in Iran are banned, workers have few legal rights or protections, and union activists are regularly beaten, arrested, jailed and tortured.” (Iran HRM – Apr. 30, 2019)

Iranian workers bear brunt of all pressure amid economic crisis